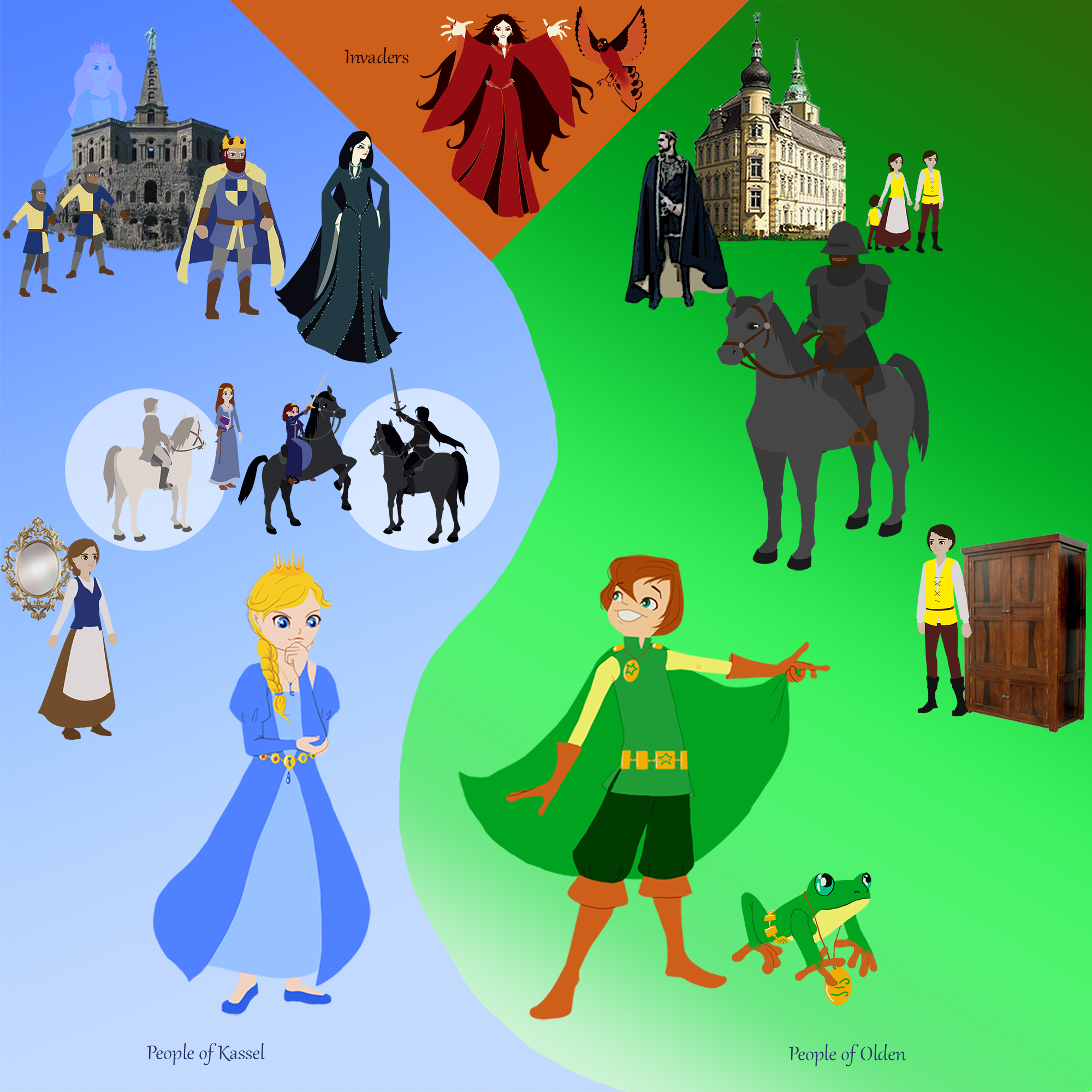 The eldest princess, Ramona, is clever and kind.

The second princess, Hilda, is brave and beautiful.

The youngest princess, Emma, is a True Princess. She has been taught that one day her prince will come.

Prince Francis could be described as brash.

And this all leads to a situation where Prince Francis is desperate to get a kiss to turn back into a prince so he can rescue Iron Henry, while any princess who turns him back into a prince is going to have to marry him.  Which is undesirable because Francis may have... tricked her a little to get his kiss.