This article is a copy of the Accessibility page on the Frog's Princess website.
Although we tried hard, we did not make the game as accessible as we would wish for every player. 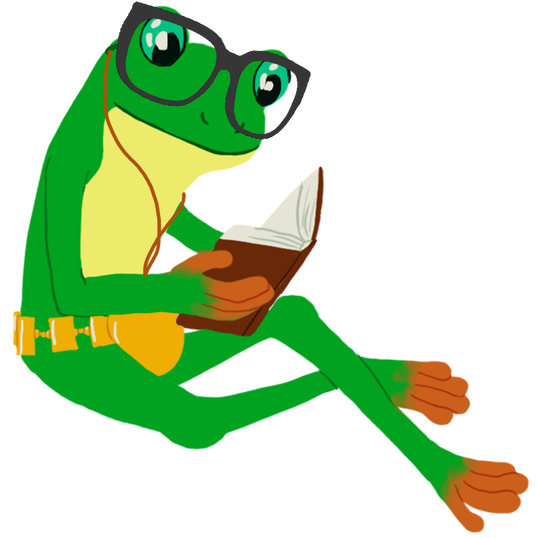 The How To Play button in the About section of the game has different written and spoken versions.  This is to help players using a screen reader who may just want a quick rundown before getting into the game.  There is also a How To Play Using A Screen Reader page on this website.

We wrote and recorded 1,398 clips narrating what is happening on the page for players with vision impairment.  This is costly in terms of game size.  Unfortunately the narration had to be changed when page designs changed, so it was not recorded all at once in a studio with voice actors.

We only created matching text because we could, and we have found to our surprise that some fully sighted players use this feature, despite the fact that it slows down the game.

All dialogue is voiced, including tutorial instructions.

Professional voice actors created each voice in a sound recording studio and all their dialogue is normalized.

We used hundreds of sound effects to illustrate the action.

We used the Unity Accessibility Plugin by Michelle “Mikrima” Martin of Metalpop Games to allow players to access the screen readers on their devices.  We paid $75 per seat to use the plugin but it is now supplied for free, which is excellent for everyone making games in Unity.  The code is beautifully designed and works across Android, Apple and Windows, which is an amazing feat.  It even comes with a page of best practices.  So this is our first confession – we have not fully implemented these guidelines.  For example, we didn’t support the scrub gesture.  However the good news is that we created 44 UI groups to ensure that most UI is accessible to blind players.
Number of UI groups    44
Number of toggles    9
Number of buttons    118
Number of labels    162
Number of text edit fields    2
Number of sliders    3

General accessibility advice is that developers should aim to make apps available for use in the same way to a completely blind user as it is to a sighted user.  However there are two parts of the game which we did not make available.
1.    Players using the screen reader do not get access to the Mirror feature, which is the character customization of the prince and princess, as it is visual only.
2.    Players using the screen reader can't access the buttons which turn text on and off or change the spelling.
WORKAROUND: the screen reader can be toggled inside the game so players can access these features if they want.

There are a few glitches in the screen reader.  For example, the only way to exit Contents is to choose a page.  Once you change the page there is no way of knowing which page you were on.  Also the Android screen reader doesn’t read out text fields (the workaround being that these pages are available on the website) and the iPad screen reader does not read out the Marketing page or the Extras page, which looks like a design fault, not a plugin fault, and is on our to-do list for an update.

The thing we worry about most is players who turn on the screen reader and then can’t turn it off again.  We have explained how to do this in the How To Play guidelines in the game and on this website, but it really upsets these players.

Players cannot change the size of the text.  If it is any consolation, our text is 48px at 1080p so it suits more players than the tiny text in some AAA games. 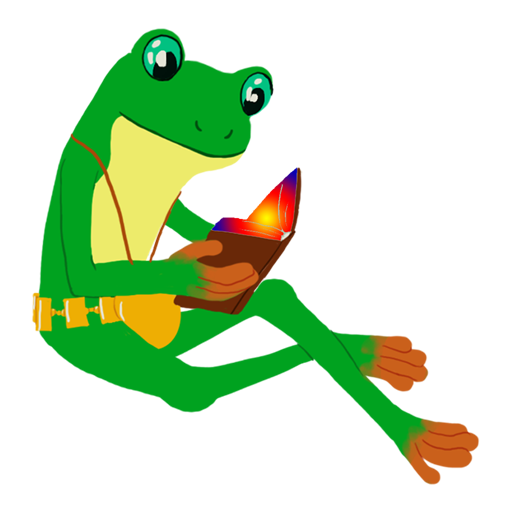 We made a design decision not to have a panel behind the text, so it would have a more diagetic feel.

This meant the text had to have a font outlined in a contrasting colour, so that it would show up against any background.  We originally chose text representing each character, so the player would recognise it immediately as pertaining to that character.  Unfortunately this did not provide enough contrast for players with colour vision deficiency so we chose extremely light and dark colours on the same spectra.

Although we didn’t plan it for users with colour vision impairment, our characters contrast well with the background because they are 2D vector images with smooth edges rendered in flat colours while the background was created using 3D models and has rougher, more painterly textures. 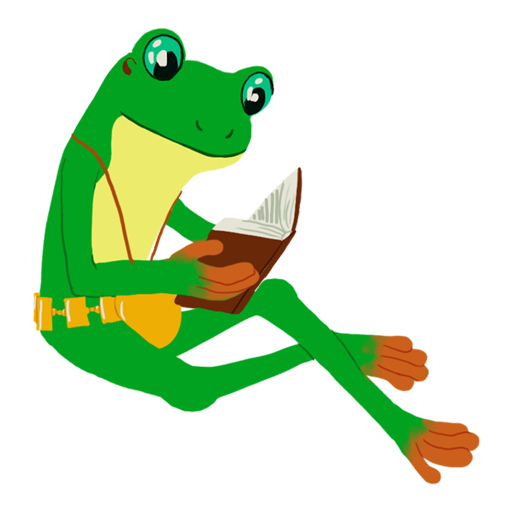 Every sound effect has a matching subtitle, with <carats> around it to distinguish it from the narrative text.

Some callouts are treated as sound effects  e.g. <Emma gasps>.

There are some ambient sounds which play in the music channel and these are generally described on the first page they play, e.g. <diners murmur>, and not on succeeding pages.  Players jumping around in the Contents may miss these descriptions.

The game includes visual effects such as magical glows and witch lightning, but this is for illustrative purposes, not specifically for deaf players.

We are vexed that we did not have the capacity to create a feature which showed deaf players what theme music is playing.  We could have done that with an oscilloscope effect overlaid with different colours for the different themes.

We created separate volume controls for music, sound effects, and dialogue.
Ongoing sound effects which are carried forward to new pages are in the music channel.

Players with physical or motor disabilities 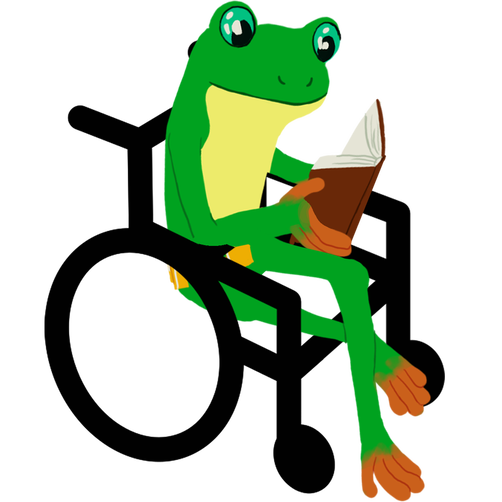 One of our earliest testers was a wheelchair user and contributed significantly to the UI design.
Things which could be improved 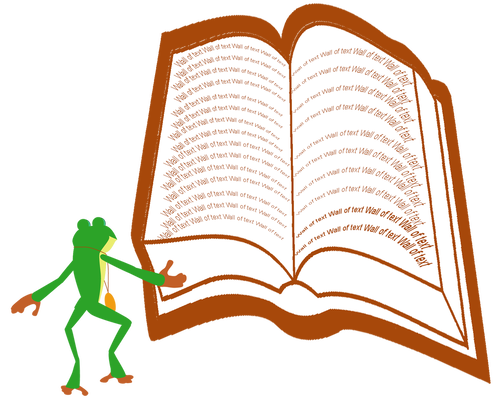 During our exhibitions we were amazed to find that 5 and 6-year-old boys consistently become fascinated by the game.  Even though they don’t understand the themes, it seems to serve as a bridge between videos and reading for boys who have not yet become comfortable reading.
Things we did for cognitive accessibility:
•    How To Play instructions in game, and even more detailed How To Play instructions on this website with pictures with arrows
•    Tutorial scenes
•    Everything stops until the player is ready to move forward
•    Few choices, one task at a time, and player sees results immediately
•    Back button to redress impulsive actions
•    No walls of text
•    Contents buttons with pictures giving a good overview of the storybook
•    Book opens where the player left off
•    Contents frames show where players have been
•    Visual clues such as frames around Contents buttons, and glows on UI buttons when they are mentioned in the tutorial
Things we did not do for cognitive accessibility:
•    We did not put tool tips on buttons.  This was a deliberate design decision because the buttons are simple and the game is long.  Tool tips only serve to take players out of the story.
•    Another thing we did not do was simplify the language.  Dialogue is archaic and older characters use stilted language.  We find that even players with low-level English skills have no trouble following what is happening in the story. 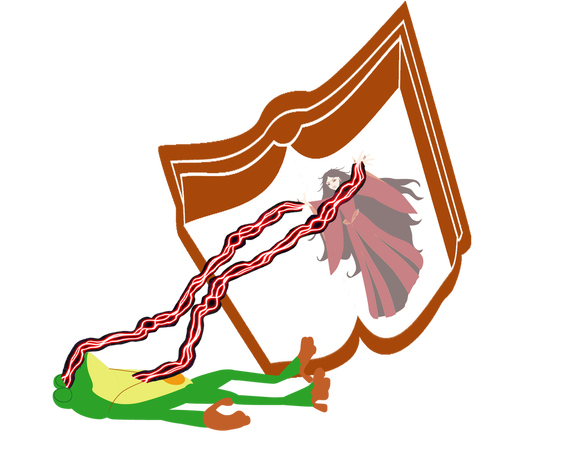 Frog's Princess passes the Harding’s test but we still put out a warning that certain pages in the game may trigger photosensitive epilepsy.  We did this not so much for players, who are actually safe, but for the general public who have expressed concern for others, which we thought was really nice of them, and we don’t want them to worry.

When you open the Contents, page buttons rush past.
WORKAROUND: Grab a page button to move the page buttons manually.
There is a warning in the store description and the Parents page about this.
Frog's Princess is reviewed on the Family Video Game Database with a separate accessibility report.
Accessibility resources are found at the A11Y Project website.