Congratulations for being a parent who considers their children's reading material.

This page is a longer version of the Parents page in the Frog's Princess website.

Who should play Frog's Princess?

When players scroll through the pages in the Contents, the pictures move very fast and can cause motion sickness.
SOLUTION:  keep hold of a page button and move it, rather than flicking it.

How do I help my children play?

During playtests, it was the children whose parents played with them who became most engaged with the story.
General game play instructions are on the Frog's Princess How To Play page.

In this contents page, we are in the Frog Storyline, as indicated by the Frog on the left of the Chapter row. Princess heads show that Scenes 1, 2, 3 and 4 are only available in the Princess Storyline. These are pages where the frog is not present and conscious.
This is a practical introduction to the literary concept of Point of View - pages are only shown when a character is present and awake.

Press the Home button, then press Settings, to access the Volume controls.

Children react to the strong emotional fairy tale elements - a daughter trying to evade evil without the help of her mother, older sisters who don't respect their younger sister, a father who has to be taught to recognise his daughter's worth, a loyal servant who sacrifices himself for his prince, a young prince alone in the world facing impossible odds to rescue his servant, a boy and a girl discovering they can talk to each other.

Talk about the story

There are 10 personality types for the prince and princess, although we have given them alternate names here.
The 10 types are:

Talk about gender issues, such as: 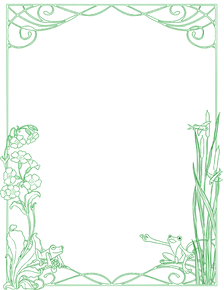 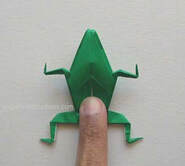 We hope you enjoy sharing this story with your children.

Other games for children
Andy Robertson's Family Video Game Data Base, https://www.taminggaming.com/, gives excellent advice about video games for children.  Andy has also published a book called Taming Gaming for parents which even has recipes for how to play each game! https://www.taminggaming.com/book. For those that don't know, Andy Robertson is a freelance video game journalist who has written for ForbesTech, the BBC and the Guardian.  Andy's Twitter address is @GeekDadGamer.

Ask About Games is another website providing information about video games for children.  https://www.askaboutgames.com/top-family-video-games-2020.